Born into a working class area in Dublin, my understanding of society and the concept of class has always been evident in my life. My influences throughout my growth as a designer and throughout my degree in college has revolved around examining youth in revolt or youth in rebellion within the society I grew. This topic has been the sole influence for the collection I have Titled “In Ainm an Athar”, translating to “In The Name of the Father” in English. My ethos is simple, bold modern menswear that takes traditional styles into the now. I believe that menswear as a whole, can be built off the structure of traditional cuts and modernised through bold fabric choices.

Throughout my degree collection, I have attempted to symbolise both my own rebellion and the influence my society has played on defining my understanding of the world. Being from a working class background has allowed me to understand that more than ever, we as humans have to push back against the status quo. Pairing both family memorabilia and contextual research from Dublin I have designed a mixed fabric collection.
In a way, the collection has came full circle in life for me as a designer as hidden elements reveal a bigger story of my upbringing.

Central to this collection, my methods and processes have been shown widely. To produce the majority of material, I have used processes such as screen printing, hand Lino printing, digital
printing and bonding of material. I have aimed to redefine the use of traditional fabrics such as
Japanese denim, Irish heritage wool, digital printed cotton, traditional wool suiting and more from their humble origins into a modern landscape. Overall my degree collection, “In Ainm an Athar” is aimed at men who don’t conform to the society they’ve grown. For those who enjoy the bold, playful, rebellious end of mens fashion. I believe that we all belong to a form of ideology that wants to explore life in an alternative way then the norm. 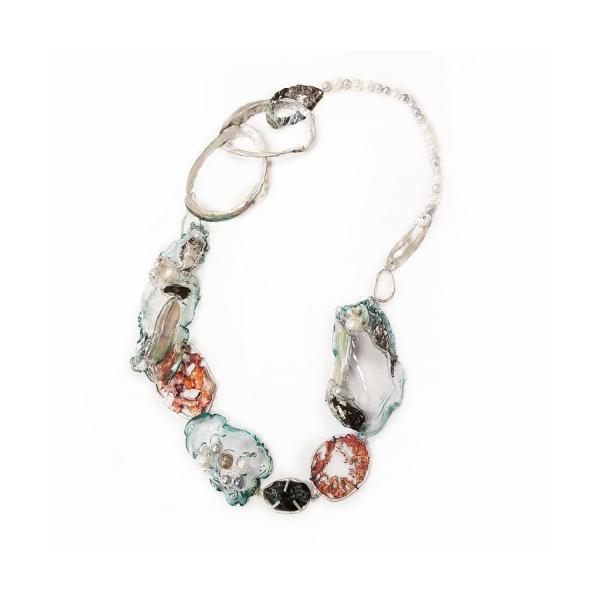